YOUR ACADEMY FOR PROFESSIONAL HYPNOSIS TRAINING

Welcome to Hypno-University and the Global Hypnosis Academy. If you want to learn Hypnosis/Hypnotherapy/or Mesmerism – or gain access into the huge online student training and resource centre, then Hypno-University is for you.

Hypno-University brings effective and proven hypnosis/hypnotherapy and mesmerism training programs directly to you. Here you will find training enabling you to gain effective workable skills without spending a fortune, getting bogged down in theory, or attending hundreds of hours in a lecture room. Learn Hypnosis Hypnotherapy and Mesmerism to the highest professional standards, from comprehensive self-paced training courses and hypnotherapy protocols. This site has everything you need to begin or enhance your career and hypnosis skills. In the Resource Centre you’ll have access to 100’s of “filmed in class” Training Videos, Training Manuals, Ebooks, and various Hypnotherapy Protocols from Rick Collingwood and The Australian Academy of Hypnosis.

If you are new to hypnosis, you will learn all you need to know quickly and correctly and can train all the way up to professional practitioner level If you’re already a professional hypnotherapist don’t get left in the dark. You’ll find many affordable hypnotherapy protocols and specialist training courses. Keep up to date by joining as a member of the Hypno-University Student Resource Centre and access 100s of “Live Filmed” training videos, essential PDF books and much more. 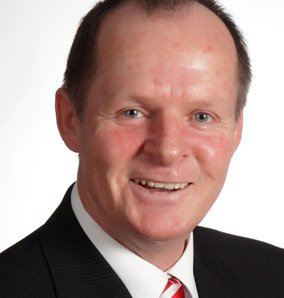 Rick Collingwood is one of the world’s premier clinical therapeutic hypnotist. He is an internationally renowned Hypnosis Trainer, Author, Counsellor, Public Speaker, Sales Motivator, Corporate Speaker and the founder of Mind Motivations™ & The Australian Academy of Hypnosis™ and Hypno-University.

During the past twenty seven years he’s been at the international forefront of the hypnosis profession and has developed a uniquely effective style of hypnosis from a combination of traditional hypnosis, Ericksonian hypnosis, and Mesmerism. With his vast knowledge of the direct and rapid hypnosis methods used by modern hypnosis and the hypnotists of the past; Rick has moulded the techniques into a powerful therapeutic model which has been trained to more than 2700 hypnotherapists all across the world.

Throughout his career he’s personally assisted countless thousands of people, using his own unique therapeutic hypnosis techniques. His clients come from all walks of life, facing challenges such as stress disorders, nicotine and drug dependency, gambling, addiction, pain management, depression, panic disorder, insomnia, motivation, chronic fatigue syndrome, cancer and many other various behavioural challenges. He’s helped international Movie Stars, Sales Motivators, Commercial Airline Pilots, Psychologists, Medical Professionals, Business People, Home makers and Children. With his extensive knowledge of all aspects of all styles of hypnosis, combined with his many years of practical experience; Rick continuously demonstrates that the effectiveness of his hypnosis and sub-conscious counselling skills are unequalled by many other hypnosis methods and hybrids. Rick’s advanced hypnosis techniques were used in the successful “Hypnosis & Improvement in The Quality of Life” cancer trial that he conducted in conjunction with the Cancer Council and Pharmacist Nathan Elliott in Perth Western Australia in 2005 Hypnosis & Cancer Trial

Since that time those same methods have been further developed during thousands of hours of clinical use and ongoing and research. These now cutting-edge hypnosis techniques, combined with years of clinical expertise are a Quantum Leap beyond the often semi effective relaxation and visualisation techniques used by many of today’s hypnotherapists.

Peer acknowledged as one of the world’s most skilled professional hypnotists and hypnosis trainers. Rick is the principle of The Australian Academy of Hypnosis – Hypno-University and the Global Hypnosis Academy. He’s trained more than 3000 therapists in the correct and eﬀective use of his unique therapeutic hypnosis styles. In 2005 he released one of the first series ever of Personal Hypnotherapy programs and in 2006 his Lose Weight Now program became the only hypnosis CD ever in the world to win a Gold Aria Award. In August 2008 it went Platinum as did his incredibly successful Quit Smoking Now program, whilst the Mind-Body Healing, Stress Management, Happiness & Self Esteem, and Beat Insomnia programs all went Gold. A truly remarkable feat that establishes Rick as one of the top hypnotists in the world today. Now available as instant MP3 downloads, between January 2005 and January 2020 “The Life Improvement Series” has sold more than 1,700,000 copies internationally. Many of the award winning titles are available on this site at this link https://hypnouniversity.com/hypnosis-mp3s/ , or you can find more than 100 of Ricks other Self Help Programs here https://www.rickcollingwood.com/shop

This website uses cookies to improve your experience while you navigate through the website. Out of these cookies, the cookies that are categorized as necessary are stored on your browser as they are essential for the working of basic functionalities of the website. We also use third-party cookies that help us analyze and understand how you use this website. These cookies will be stored in your browser only with your consent. You also have the option to opt-out of these cookies. But opting out of some of these cookies may have an effect on your browsing experience.
Necessary Always Enabled
Necessary cookies are absolutely essential for the website to function properly. This category only includes cookies that ensures basic functionalities and security features of the website. These cookies do not store any personal information.
Non-necessary
Any cookies that may not be particularly necessary for the website to function and is used specifically to collect user personal data via analytics, ads, other embedded contents are termed as non-necessary cookies. It is mandatory to procure user consent prior to running these cookies on your website.
SAVE & ACCEPT